Barbigha car for rent with driver is the better option for one-way drops, outstation round trips, and local city travel. This spot, the main attraction in the state, has a tone of tourist attractions both inside and outside. Hiring a car rental in Barbigha with Zeo Taxi would be the ideal choice to tour your favorite destinations. You may reserve a Barbigha car hire with 24-hour service for any nationwide location.

At a reasonable car fare, outstation round-trip car booking from Barbigha and one-way transfer cars are always available for your travel. By dialing our customer service number at +91-7275495696, you may also locate a lot of additional amenities.

Have you visited a new city and yearned to explore every nook and cranny? Have you ever wished you could take a day off and explore all the fantastic areas in your town? The city's oldest buildings, cafés, and most significant shopping spots may all be explored in one day. It will always be conveniently offered at Zeo Taxi for a reasonable local car rental charge.

There has never been a more sincere way to rent a car. We will wow you with our exceptional service if you reserve a vehicle with Zeo Taxi in less than a minute. Here are some of Barbigha's top local taxis:

Car Rental in Barbigha for Outstation Round Trip

When you hire a Zeo Taxi outstation car facility in Barbigha, you don't just get a regular driver; you get a qualified professional chauffeur experienced in long-distance driving. The driver will also speak your language well and be able to give you advice for places to dine, visit, and shop. At Zeo Taxi, we take safety extremely seriously; thus, all of our drivers undergo thorough training and sensitization in addition to having their backgrounds verified. Additionally, our 24-hour assistance ensures you can get help immediately if you run into any issues when riding in an outstation car rental package facility.

Additionally, you can take a round trip on all routes or a one-way drop on over 15.5 lakh routes, in which case you will only be charged for the distance you go and save 45% off the entire round trip. Furthermore, we provide various vehicle options, ranging from hatchbacks and sedans to Innovas, Tempo Travelers, and even luxury cars, since we believe in empowering our clients to make educated selections. For outstation cab reservations, we also provide total itinerary flexibility so that you may enjoy both the final destination and any brief side trips.

These options are available for Barbigha outstation car booking: -

Zeo Taxi distinguishes itself by offering top-notch one-way car booking services from Barbigha and a wide selection of alternate transportation options from a sizable fleet of well-kept cars. You can book whatever one-way car facilities you like, including a small car, a sedan, or even a MUV with six or more seats, such as the Innova and Ertiga. It indicates that traveling alone won't cost you any additional money.

Choosing Innova as your one-way rental car package is the best option if you travel with friends or family in a big group. You can choose the ideal one-way car for hire from Zeo Taxi based on your spending limit and the number of passengers.

To ensure maximum transparency, we will provide you with a detailed fare breakdown for your one-side vehicle booking in advance. If you want to call in and make a one-way car reservation, our contact center will always be prompt in processing your reservations and responding to all of your inquiries. By getting in touch with us, you may learn more about one-way car rentals or one-way car packages.

Hire a Car in Barbigha for Airport Transfer to and from

Zeo Taxi considers a number of variables when reserving airport taxis in Barbigha for and from a local airport, including which taxi service offers the best in class experience at the lowest rates, on-time pick-up; no last-minute cancellations, professional driver conduct, etc. But why are we so particular about our online Barbigha taxi reservations? It's because of prior negative experiences with other taxi services, including instances where drivers were late for pick-up, didn't return calls, canceled rides without the clients' consent, etc.

At the most affordable rates, hire a cab for airport pick-up and drop-off. Get the following airport cab services: -

Why are Our Clients Rating us in Top Car Rentals in Barbigha?

Zeo Taxi has made a name for itself as a dependable car rental service for local and out-of-town travelers. We've done a lot of things in the past, which is why Zeo Taxi is a well-known vehicle service for travels to Barbigha. For a number of reasons, customers rely on our automobile rental service while traveling to Barbigha.

A rental car with a driver in Barbigha is available from Zeo Taxi, the top outstation car booking service provider in Barbigha, to guarantee a stress-free trip with a professional driver. If you need a long-term chauffeur-driven vehicle rental in Barbigha, we can also give you the greatest fare pricing and cost-effective car booking discounts. For any business meetings in the city or nearby, you may also hire a commercial taxi price for Barbigha with a skilled driver.

When you order a Barbigha car for hire with a driver with our firm, we're devoted to giving you the finest vehicle rental service with a driver we can. You'll have access to Barbigha car on rent with driver discounts, sterilized car hire service, and drivers who have received proper training. For a journey outside of town, rent a car with a driver for one way. Any city in India may quickly reserve a rental automobile with Zeo Taxi Barbigha. Additionally, if you rent a car with a driver, you may visit your preferred attractions in & around Barbigha in greater luxury.

The following frequently asked questions about a car on hire in Barbigha may assist you in locating the best offer. It will enable you to quickly and affordably hire a car rental package. Let's check:

1: Can I pay for my Barbigha car ride with a debit card, credit card, or wallet?

Answer: With the aid of our gateway links, you may, without a doubt, use a debit card, credit card, or wallet to pay the fare.

2: Do I have to pay for the Barbigha car rental service in advance?

Answer: When a Barbigha car rental service requests an advance payment, it indicates that the car will be held for you until you arrive. Therefore, you may use Zeo Taxi to pay the advance for your ride's security.

3: How can I order car hire in Barbigha at the lowest price?

Answer: You may reserve your automobile a day in advance for a car hire in Barbigha by paying a deposit. Additionally, you may compare car fares from other companies to get the best offers for your trip.

4: How much does a car ride journey to Barbigha cost?

Answer: The cost of your car to and from Barbigha will entirely depend on the nature of your trip. If taking a local vehicle, you may choose from a number of reasonable packages starting from ₹1540/-. Additionally, you may reserve a cab starting at ₹9 for an out-of-town taxi service from Barbigha. There are more terms.

5: What kind of vehicle is best for going to Barbigha?

Answer: You may reserve a car for the trip to Barbigha based on the number of passengers, choosing a sedan (Swift Dzire, Etios, Tata Zest, etc.) for 1-4 people, an SUV (Toyota Innova, Innova Crysta, Tavera, etc.) for 5-8 passengers, or a tempo traveler (more than 7 passengers) for larger groups.

6: How can I reserve the least expensive vehicle rental to and from Barbigha?

Answer: If you're looking for the lowest vehicle rental to and from Barbigha, you can make a reservation a day in advance and pay a deposit to secure the car.

7: Can I reserve a car for a group trip to Barbigha?

Answer: Yes, you may reserve a Barbigha car on hire for a group excursion in a sedan for four passengers, an SUV for six to seven passengers, or a Tempo Traveler for more than eight passengers.

8: Can I bring my pet when renting a car in Barbigha?

Answer: Of course, you are permitted to travel with a pet in a car from Barbigha. Just an additional ₹100 to ₹150 is required for auto washing.

Here are our happy clients who have experienced our services. We nextly will try to provide the same taxi-cab services for our customers who need for local, outstation, oneway, round trip or pickup-drop car rental with driver. 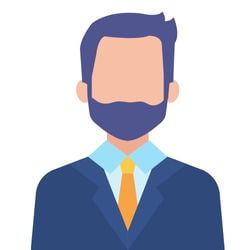 It was a good experience when I travel to India with Zeo Taxi. I traveled in two cities, first Indore to Omkareshwar and second Gorakhpur to Kathmandu. Both of my trips was very supportive regarding car rental services booked from Zeo Taxi. Thanks. 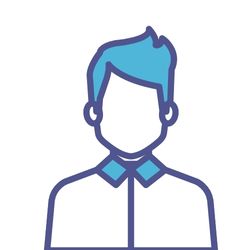 Great taxicab service and reasonable pricing, great time for pick up and drop off when I needed car. While I was traveling from Lucknow to Ayodhya, it was also a great deal for Zeo Taxi. Also liked helpful, friendly and pleasant staffs. I"ll recommend Zeo Taxi... 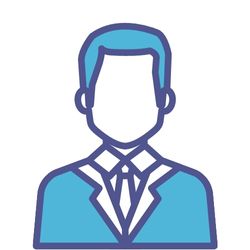 The cab service provided by Zeo Taxi was exceptional. Driver was 50+ in age but he had a good experience and he helped us very well during travel to Kolkata. Fare price was also compatible with affordable and lowest package as I compared with others. Thanks....